The island of Žirje is the only permanently inhabited island of the archipelago of Šibenik. The island has an area of only 15 km² and is situated 22 km southwest from Šibenik. When it comes to significant nearby destinations, it is important to mention the Kornati National Park, which is located about 20 km from the island of Žirje.

The island has a well-indented coast which is surrounded by numerous small islands, reefs and cliffs. The island has 29 bays and the best known are Muna, Koromašna, Mikavica, Pečenja, Tratinska, Velika and Mala Nozdra, Kabal and Stupica, with the last one being dangerous for anchoring during sirocco (a south-eastern wind blowing from the sea). The island itself is built out of sediment rocks, mostly of limestone. Lime production was next to agriculture and fishing the main economic activity for the island’s inhabitants.

The island’s vegetation consists mostly of dense macchia and numerous medicinal and aromatic plants. In the centre of the island there are acker fields where olives, grape-vines, figs, almonds and plums are cultivated by the island’s inhabitants. In the past times, the island was most probably covered with dense forests of holly oak, after which it has gotten its name – Žirje (hr. žir – eng. acorn). The fauna is depleted due to human influence, but the sea world of fish, crabs and corals is exceptionally rich. There are 8 natural caves and pits on the island. The highest peak is Kapić (131m).

It has a Mediterranean climate with warm and mainly dry summers, relatively high temperatures and mild winters. The average air temperature throughout the year is 15.6°C. The annual precipitation is 760mm.

Because of its location, the island has always had a strategic role and therefore the Byzantine emperor Justinian I (527 -565) erected the fortifications Gradina and Gušterna in the 6th century. Today, the fortifications are partly preserved and registered as cultural heritage. Based on a grant of King Petar Krešimir IV in 1059, the Benedictine convent got in the possession of the island. At the beginning of the Croatian war of Independence (1991-1995), the island had an important role in the defence of Šibenik, when the Croatian army took control over the artillery unit of the coastal artillery of the JNA (Yugoslav People’s Army).

The island has a parish church built in 1480 called St. Mary Church and four other churches and chapels. In the immediate vicinity of the island Žirje, between the bays Muna and Koromašna, there is a significant underwater archaeological site that is one of the 8 cage- protected underwater sites in Croatia. It keeps many ancient amphorae dating back to the 2nd century BC. A diving club organizes visits to the underwater museum. A special day on the island is the Feast of the Assumption of the Blessed Virgin Mary (15th August), on which the locals celebrate this day by carrying the statue of Virgin Mary in the procession through the village.

Žirje is the ideal island for those who want to enjoy their holydays in complete silence, away from the busy everyday life. At the owner’s house you can get a taste of local products, for example olive oil, brandy and wine. At your request, the hosts can take you out fishing, teach you how to fish or prepare the fish for you. On Žirje you can rent a bike and spend an active holiday riding along the 22 km long cycle paths. Since 2005, every year in late September, the bicycle race called „Đir za Žir“ (eng. Tour for Acorn) is traditionally held on the island. On the island you can enjoy sailing, diving, fishing, hiking on the tops of Žirje, trying out the local food (the island has five restaurants) or use the time for swimming and sunbathing. 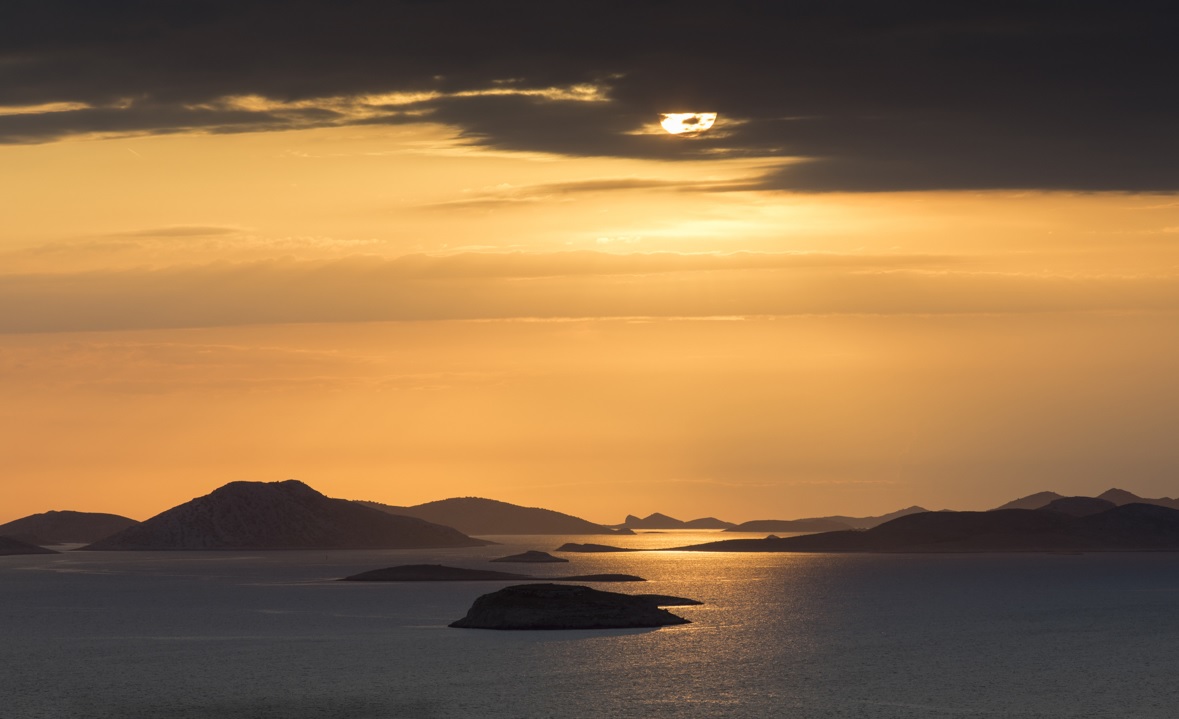